Skip to content
"Whatsoever you do to the least of my brethren, that you do unto me"

Women and children have suffered most from the civil war that has raged in South Sudan for the last 20 years. During the war women are used to carry the looted goods for the combatants and in many cases are also used as sex slaves. Because of this they have suffered psychological, social, and economic effects.

With relative peace many women who were displaced are returning into the community from camps of the displaced but with wounded hearts. Those who are recovering from displacement are surviving through domestic work, begging, petty trading, beer brewing and some are involved in prostitution.

Children are left to fend for themselves all day or they find work in situations where they are exploited. Psychological problems are the natural consequence of this situation and aggressive behavior is seen in the displaced children while trauma and anxiety plague both children and women in the war zone.

Benefits of funding from the Women Micro credit Centre

With support from the Canadian Samaritans for Africa women have been able to organize themselves in groups. They acknowledge that the training received in group formation and credit and savings management has helped them to generate income for themselves and have food to feed their families. Weekly group meetings help women to discuss their personal affairs and plan on how to improve their homes. In their meetings they receive counselling from their fellow members in the group.

Member of the micro-credit support center plan to reach out to all women in the diocese to that they can share on how working in groups is helpful for grass root communities. It also their objective that they should have enough food in their homes and put in place better shelter as they move from the effects of civil war. They have hope that their fund will grow into a resource center where women can learn and get support to cater for their families. 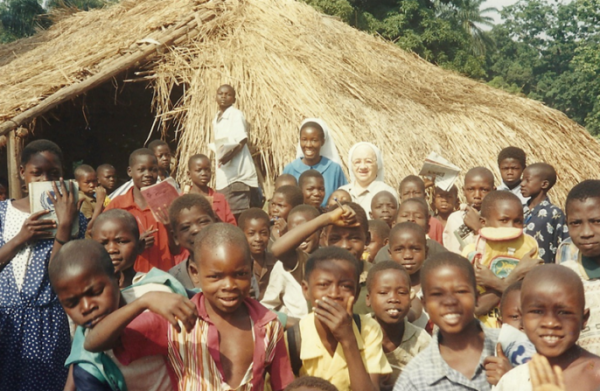